Damiano David’s ass-less chaps were about all TV viewers saw of Måneskin’s “Supermodel” performance at the MTV VMAs 2022 Sunday night after a wardrobe malfunction.

Just a few seconds into their performance, the network cut away to a visual of empty seats for about 40 seconds after their bassist top appeared to fall off, causing her breast to be fully exposed. 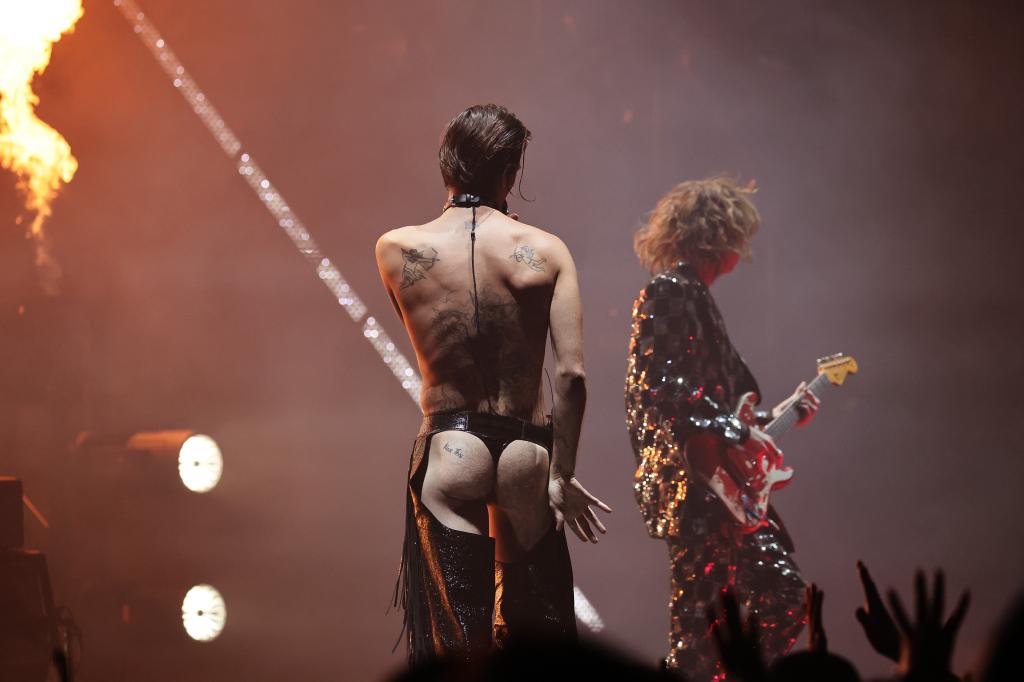 According to photos, Victoria De Angelis had moved to the front of the stage as a crowd of dancers surrounded the band.

However, as everyone jumped and danced, her top pooled around her waist, completely exposing her. But, because the show must go on, the 22-year-old simply kept playing the bass, which caused the cameras to turn away from the band.

Fans, who had no knowledge of the wardrobe malfunction, immediately turned to Twitter to express confusion — and disappointment — with MTV’s creative decision. 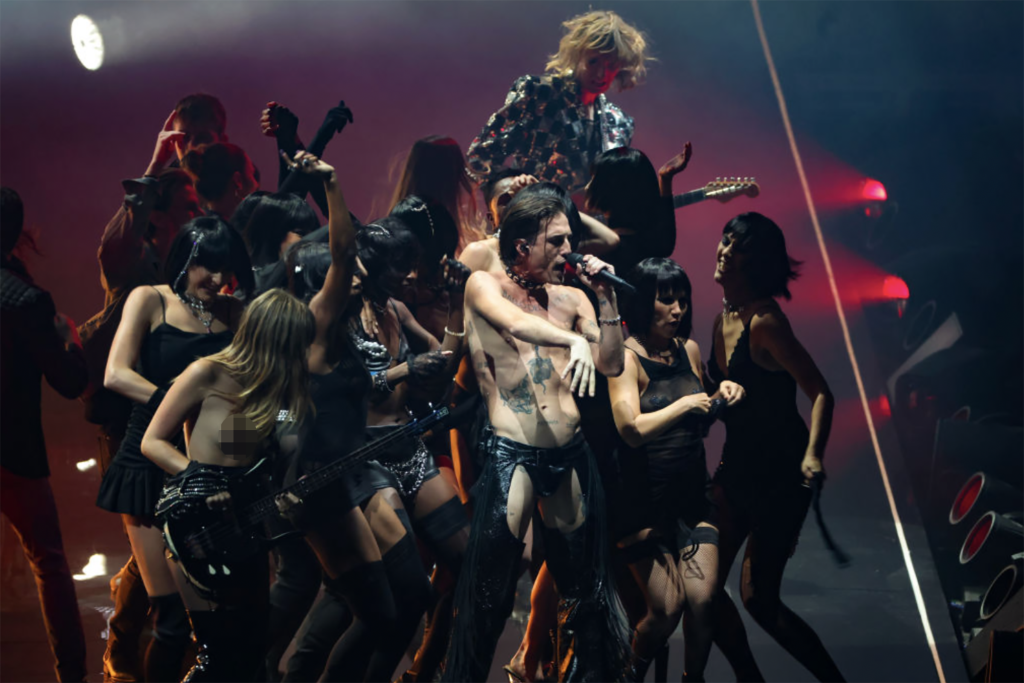 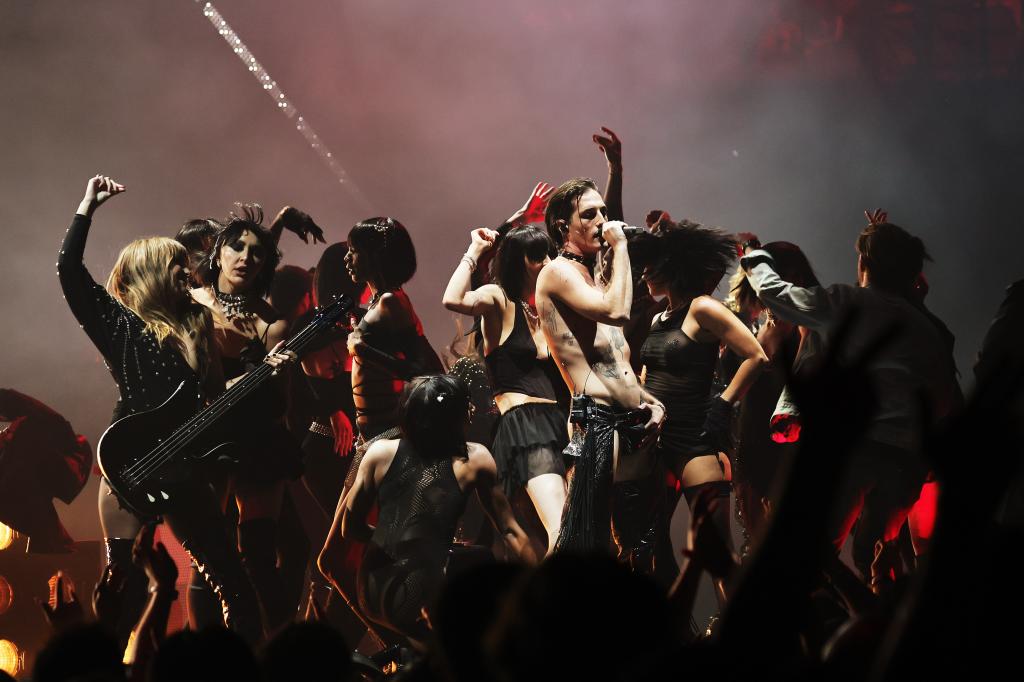